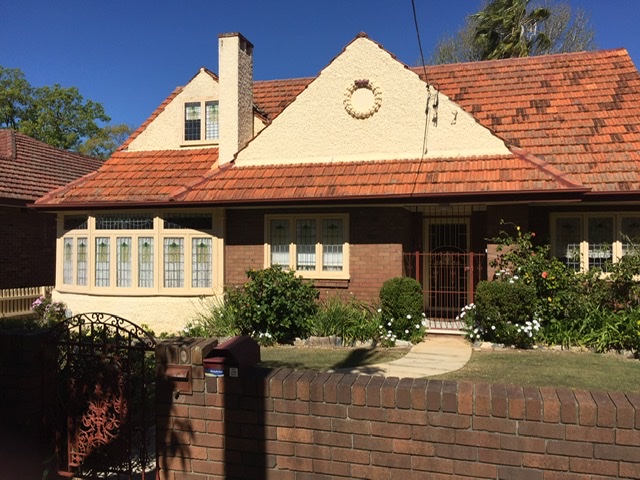 Churchill Avenue was originally known as ‘The Avenue’. The name was changed due to duplication with a street with the same name in Homebush. The name Churchill was adopted after World War II and named after British Wartime Prime Minister, Winston Churchill.

Churchill Avenue, between Elva Street and Homebush Road contains primarily Federation styled buildings. The relatively late development of this estate occurred, because the much of the land was considered unusable due to the presence of a large watercourse, created by overflow water from Powells Creek (which runs at nearby Elva Street and finishes at Strathfield Square).

70 Churchill Ave Strathfield is built on a 1903 subdivision that was marketed as the ‘Kings Estate’.  The estate was subdivided by Robert Joshua King (d.1934) and Mary Ann Balmain (d.1943), the wife of surveyor and Town Clerk of Strathfield Council, John Hope Balmain.  The Kings Estate created the western end of Churchill Avenue (then called The Avenue), Redmyre Road (part) and Homebush Road (part).

Edward Percy Middleton purchased part lots 32 and 33 and applied to Strathfield Council to construct a brick cottage on September 12 1914.  The cottage is described as more than six rooms at an estimated value of £829.  The builder was S E Dickson, Rockdale.  The completed house was named ‘Le Var’.