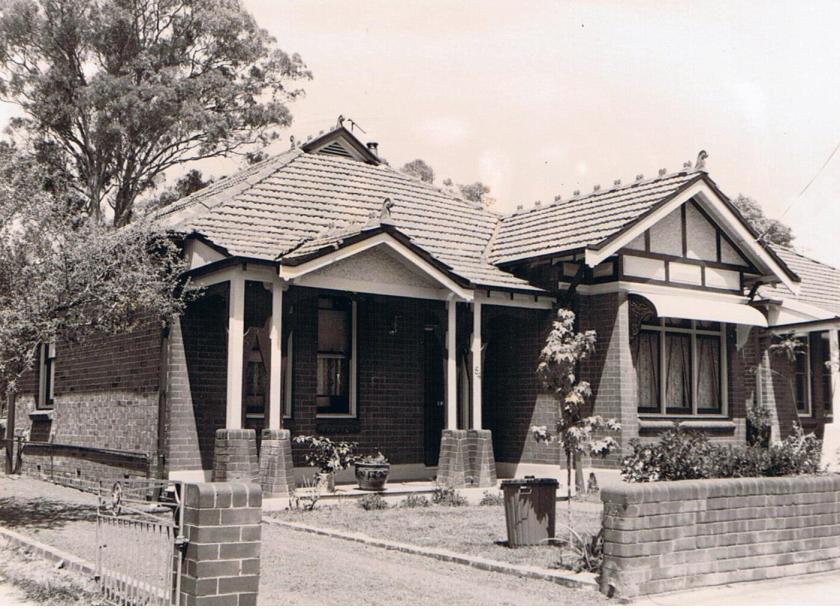 Churchill Avenue was originally known as ‘The Avenue’. The name was changed due to duplication with a street with the same name in Homebush. The name Churchill was adopted after World War II and named after British Wartime Prime Minister, Winston Churchill.

Churchill Avenue, between Elva Street and Homebush Road contains primarily Federation styled buildings. The relatively late development of this estate occurred, because the much of the land was considered unusable due to the presence of a large watercourse, created by overflow water from Powells Creek (which runs at nearby Elva Street and finishes at Strathfield Square).

Churchill Ave Strathfield is built on a 1903 subdivision that was marketed as the ‘Kings Estate’.  The estate was subdivided by Robert Joshua King (d.1934) and Mary Ann Balmain (d.1943), the wife of surveyor and Town Clerk of Strathfield Council, John Hope Balmain.  The Kings Estate created the western end of Churchill Avenue (then called The Avenue), Redmyre Road (part) and Homebush Road (part).

Donald Duncan Cameron purchased this land on 28 October 1909. An approval to build a brick dwelling was approved by Strathfield Council for the owner and builder D Cameron on August 10 1909, which is likely to be this house. The house was built and named ‘Arcadia’ and sold in 1911 to Herbert Walter Simmons, draughtsman, of Croydon, who sold the house to George Charles Gollan, a teacher. Gollan sold the house in the same year to William Edwin Firkin, a mechanic.

In 1913 it was purchased by Emily James, the wife of Edwin James.  James operated a business in Cobar NSW, then a booming mining centre and was prominent in civic administration. He served for 20 years as an Alderman and Mayor eight times.  He was involved with a wide range of community activities including the School of Arts from its inception, returning officer for the old Cobar electorate, and a member of the local Land board.

Following the death of Emily James, the property was then transferred to Norman James (her son) and Alfred Underwood Alley son-in-law) who sold it to Thelma Mercy Stevenson, the wife of James Archibald Stevenson, a builder.  In 1948, it passed to James Archibald Stevenson and Emil Ford, a solicitor. They sold it to Charles Hamilton Hill, draughtsman who retained the home until 1980.