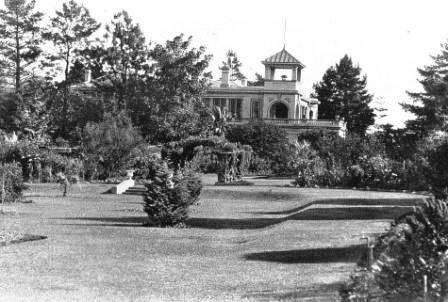 ‘Milroy’, Albert Road Strathfield, was built c.1882 for tobacco merchant George Todman and demolished in the 1930s after Todman’s death.  ‘Milroy’ was one of Sydney’s grandest mansions.

Todman was one of Strathfield’s most influential residents in its early history. Aside from his success as a businessman, he was noted for his philanthropy to many charitable causes, includng the building of the Western Suburbs Hospital at Croydon and the Congregational Church (now Korean Uniting Church) on Homebush Road Strathfield. It is said that the Clocktower of the Strathfield Council Chambers is a nod to the similar Tower on ‘Milroy’. Todman Avenue and Todman Reserve in Strathfield are named for George Todman.