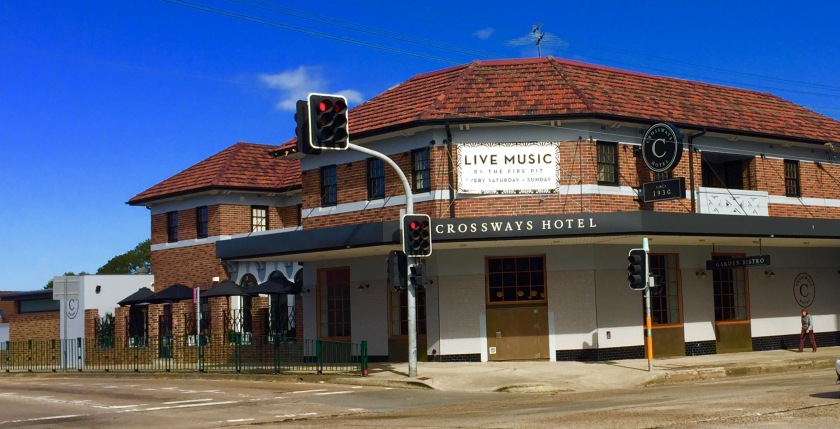 The Crossways Hotel is located on the corner of Liverpool Road (Hume Highway) and Homebush Road (formerly Jersey Street), Strathfield South. The Crossways was built c.1930.  The hotel was recently renovated and extended.

The site of the Hotel was formerly a grocer operated by E R White’s (of White’s Corner fame).  The site was acquired c.1928 by Mrs Margaret Nicholls, who also owned the Royal Hotel on Liverpool Road, near Cooks River.    The Royal was built c.1870 and was known locally as the ‘Bark Huts Pub’, servicing workers who ran cattle down Josephson’s Rd [later Wallis Avenue] to the Homebush Saleyards and Abbatoirs. The liquor licence was transferred from the Royal Hotel to The Crossways.  The Royal Hotel was decommissioned though was not demolished until the 1950s.