1 Rochester Street Homebush (corner The Crescent) was built in 1912.  The building is two storey containing a shop on the ground floor and residence above.  In 1912, the premises was leased to butcher Walter Sydney Hales. An advertisement for ‘Walter Hales, family butcher and meat expert and specialist’ features in Wilson’s Authentic Directory of Sydney and Suburbs in 1913, an early street directory of Sydney.

In 1916, the butcher’s licence was transferred to Silverton Meat Company, who then occupied this shop.  This shop continued use as a butcher shop until at least the 1960s. It was later occupied by The Cheesecake Shop and is currently a grocery shop. 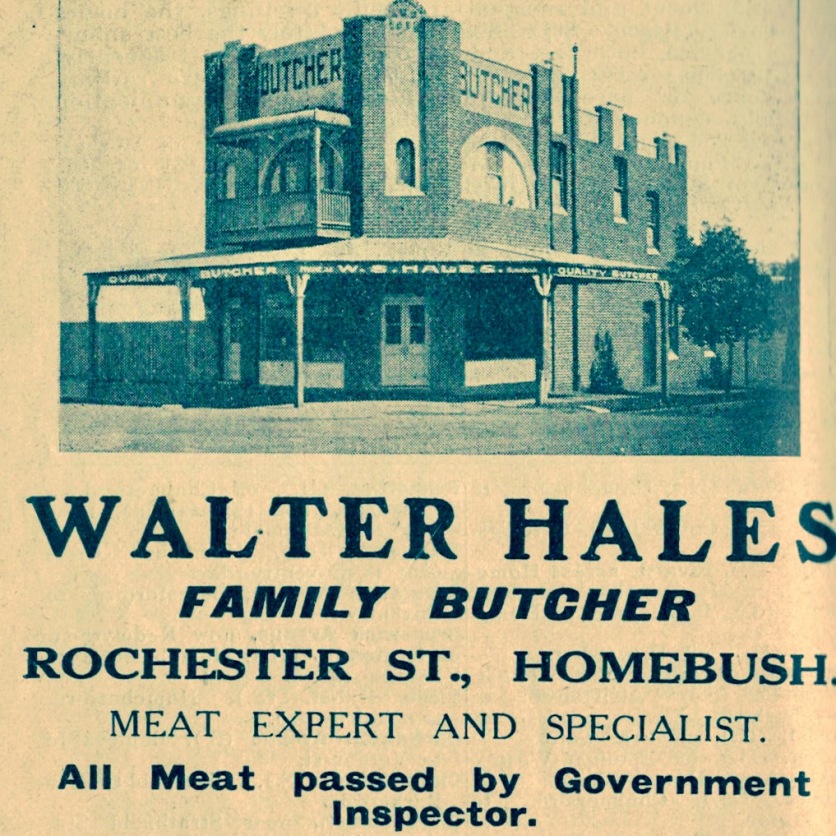