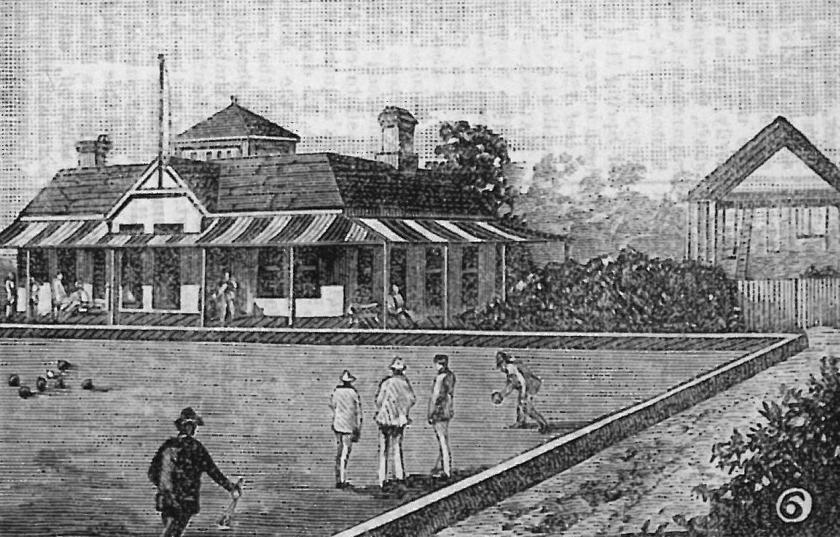 The Union Recreation Club of Redmyre was formed in May 1881 by a number of prominent residents of Burwood, Redmyre (renamed Strathfield in 1886) and Homebush. The club was formed by Henry Fraser, Donald Vernon, T B Rolin and J Kinloch with the intention of establishing a club for bowling and other amusements to benefit the neighbourhood ‘especially if ladies were admitted’.  At the first meeting at T B Rolin’s home,   it was resolved ‘that for the purposes of recreation and outdoor amusement a club be formed to have Bowling Greens, Lawn Tennis Courts and Gymnasium, also a Clubhouse to contain Billiard and Chess Rooms, Ladies’ Room and such other rooms as may be decided upon as necessary for Club purposes’.

A public meeting was called for July 8 1881 at Burwood Council Chambers to which residents of Burwood, Ashfield, Concord, Croydon and other neighbouring were invited.

Land was acquired on Lyons Street and extended into Morwick Street Strathfield at the cost of £875. and tennis courts and bowling greens were added and a clubhouse erected.  Croquet lawns were later added. The Club opened in 1882.

The early members were affluent and comprised many of the famous and powerful people living in the Strathfield district at the time.    The club was an important meeting place for politicians, merchants, public servants and other professionals.  By 1899 the club had 215 members.

The club became famous around the turn of the century as the centre for high-quality competitive social tennis.  The club organised many lawn bowls and tennis matches and the name was changed to the present Strathfield Recreation Club on 28th October 1913. 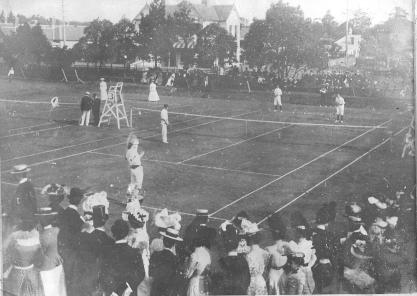